The Secret to Webcasts that Wow the Audience

By Speaker DynamicsJanuary 27, 2020Blog
No Comments 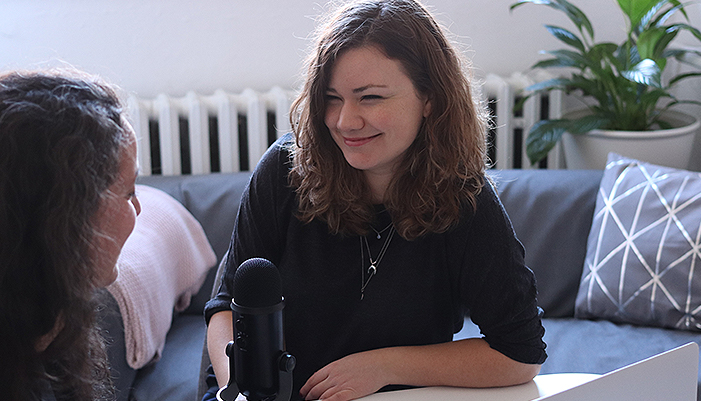 If you’re a devout reader of my articles, you know that the bulk of what I write about is devoted to on-camera performances, based on the application of the Mental, Vocal, and Physical elements (MVPs) of performance success. While these MVPs do still matter during a webcast, they diminish a bit in importance.

With a webcast (in this context, an on-camera panel discussion), success is much less about on-camera performance and more focused on the level of expertise of those involved. If you’ve been asked to participate in the discussion that will be broadcast—either live or live to tape—you presumably provide value, based on your knowledge and experience, which is something the originator of the webcast wants you to share with his or her audience.

Your knowledge, experience, and possibly your reputation is what got you the invite in the first place. Thus, whether you are a solid on-camera presenter is less important. Of course, should you be able to “wow” with your webcast on-camera performance—whether serving as a panelist or a moderator—that’s a bonus for everyone.

While the goals of webcasts vary, your participation in it indicates that you have been deemed either an expert in your industry or field or considered to be a representative voice, more than capable of speaking to the topic at hand. Sharing your expertise is right in your wheelhouse. You are a master of your content. You’ve got this!

But when you show up at the studio on the day of the webcast, your confidence begins to drain. The studio is cavernous and full of unfamiliar equipment. There are lots of people scurrying around preparing for what now feels like a much bigger deal than you anticipated. Then, just to add to your anxiety, you are told to report to “makeup.”

What gives—is this a webcast or a televised daytime talk show?

You’re Not Going It Alone

It’s easy to be overwhelmed by the webcast environment if it is not one in which you normally work. The good news is a webcast is much easier to manage than other on-camera scenarios, mainly because you are not in it alone.

One of the most challenging aspects of communicating through the camera is the lack of real-time feedback. However, during a webcast you actually have other people with whom you can interact. They can nod their approval, voice disagreement, or laugh at your jokes—all of which can help you tremendously.

Rather than a monologue, a webcast is a dialogue, complete with actual eye contact with others, unimpeded by the camera lens.

For over a decade, I have been a regular webcast host for a corporate client with a very impressive production presence. They actually boast two giant studios with the latest equipment, and they use them regularly for both internal and external videos.

Many of the webcasts I have hosted over the years take place on what is called “the coffee table set.” It is aptly named because the centerpiece of that set is a low-slung, oval-shaped table. Chairs hug one side of it, the number reflecting how many panelists are scheduled to appear, and one chair sits at the head of the table where the moderator sits. The other side of the table is bereft of chairs but fully occupied by three large cameras, each capturing different shots and angles.

This set provides a literal and figurative metaphor for what a good webcast should feel like: a conversation around a coffee table, hopefully an animated and interesting one.

A successful webcast should consist of a fascinating dialogue with participants all offering a different point of view. The discussion shouldn’t be restricted to a particular course but be free to follow down whatever path the participants decide to take it. It should feel spontaneous, not scripted.

Yet the mere presence of a camera in the room can cause seismic shifts in the environment that deeply affect those in it. In the case of a webcast, there are usually three cameras—so, three times the trouble!

I have seen verbose panelists clam up as soon as the red light goes on. I have also seen normally restrained industry leaders launch into soliloquies, with nary a glance at their fellow panelists, because they think the presence of a camera calls for a grand performance.

What they do not understand is that cameras do not call for any special treatment—in fact, quite the opposite. In a webcast, the cameras simply represent other people who are sitting at the table with you. They may not physically be on set, but they are eager observers who are hoping to be privy to some lively discourse. They are not tuning in to watch a TED Talk.

When the Magic Happens

The best webcasts tend to be light on script and heavy on interaction. Even if the panelists have butterflies initially, once the conversation starts rolling, they practically forget the cameras are even there. They become totally immersed in what is being discussed. The fact that it is all being caught on tape and broadcast to thousands does not even show up on their radar. And that’s just how it should be!

The less you think about the cameras, the more engaging and authentic the webcast will be. You actually have people on set with you to play off of, so you should leverage that for all it’s worth. Feed off their feedback, build upon their points, and prod other panelists to weigh in. Pretty soon, the cameras will become an afterthought—spectators to a dynamic conversation.