The Key To On-Camera Success Is…

By Speaker DynamicsJune 21, 2017Blog
No Comments 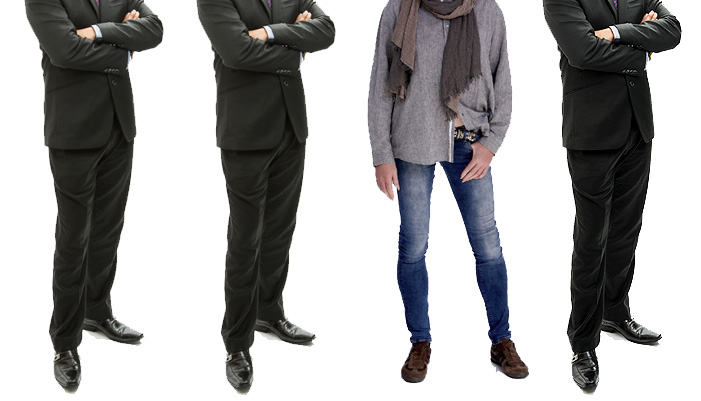 Want to know the key to on-camera success? It’s actually something that we all possess but often is stripped away when we step in front of the lens. The key is… authenticity.

Often, the most effective on-camera communicators are those who seem genuine, not those who seem like they’re “performing” but those who seem to be just talking to you. The camera exaggerates a lack of authenticity, and an overly polished delivery that seems unnatural does not engender audience trust.

Now this can run counter to advice given by other communication coaches and trainers. I found this out firsthand.

On-camera performance training is not nearly as common as traditional presentation training designed for presentations delivered to an audience in the same room. As a result, many of my students come into my class with a toolbox of techniques taught to them by others.

In some cases, there is overlap: some of my strategies align with what they’ve been taught, which serves to solidify the key learnings. However, there have been plenty of times where I’ve seen a one-size-fits-all approach backfire and strip all authenticity away from the presenter.

I believe the best presenters are steeped in authenticity, not prefab polish. Some of the techniques I teach work for my clients, some may not. That’s perfectly fine and to be expected. The goal is not to create on-camera automatons that all use the same gestures and same patterns of speech.

The goal is to help you find your own performance style, which maximizes your personal strengths and remains true to who you are, off camera.

When working on your on-camera presence, try out the techniques discussed in this blog or in my book, but if they feel false, do not use them. Your gut is a powerful truth teller and will help you preserve that authentic self that’s required to truly communicate through the camera.

Let me give you an example. A former student of mine (“Mike”) was personable and downright hilarious, with a gift for telling stories.  He also had a fairly thick southern accent. When he started my class, he asked how he could get rid of his accent, explaining that a presentation coach once told him losing his accent was necessary for him to be credible. Apparently, this communication coach had a system of “do”s and “don’t”s, which he strongly encouraged everyone to follow, ranging from allowable gestures to patterns of speech.

For Mike, some of these rules felt awkward when he put them into practice, including the suggestion that he lose his accent. I assured Mike that his accent was not a problem; it was actually an asset. He articulated each word just fine, so it wasn’t a barrier to audience comprehension. If he tried to eliminate his accent, which helped define him, now that would be a problem! He would lose the authenticity that allowed him to captivate and connect with his audience, in person and on camera.

Mike’s post-training performance was one of the all-time bests . . . southern drawl and all.