So You’ve Been Asked to Appear On-Camera for Your Company: Now What?

By Speaker DynamicsMay 15, 2019Blog
No Comments 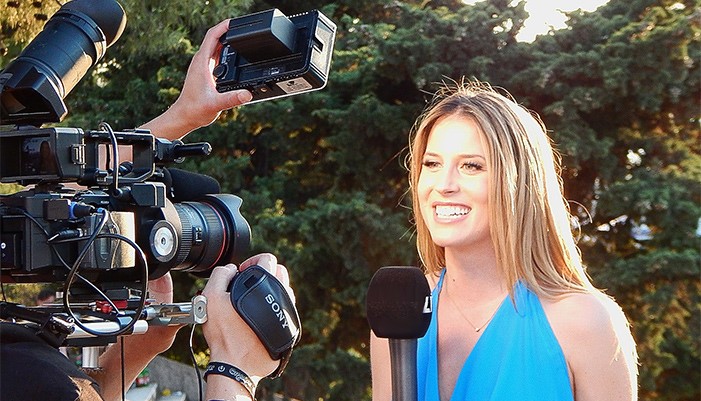 Here’s the situation: You’ve been approached by someone in your marketing department to appear on camera. Maybe it’s for the company web site. Maybe it’s a video for a product launch. Maybe it’s an employee profile for the corporate YouTube channel.

Your first reaction is that you’re flattered to be asked. But perhaps the more overwhelming second reaction is this: you’re pretty nervous about it—possibly even terrified— or perhaps you are on the other side of the spectrum and embrace the opportunity to engage in the exploding media landscape. After all, this appearance offers unprecedented opportunity for you to get your message out there.

Regardless of your gut-level response, appearing on-camera is no longer reserved for communication professionals, actors, and any other brand of what is called “on-camera talent.”

No matter where you are on the corporate food chain, you may be asked at some point to serve as a de facto spokesperson for your company.

If you are the one creating the content, that requires a lot of additional know-how and an understanding of what works and more importantly what does NOT work when messaging via video.

Video is not intended to serve as a visual version of a white paper. Video as a medium is best for eliciting emotion and inspiring a viewer to go elsewhere to find out more. It is not the proper vehicle for relaying vast amounts of information.

When people read the written word, they have the luxury of going back and rereading parts that perhaps confused them the first time through or were of greater interest. They can take notes or highlight key takeaways, processing the information a second time by either putting it into their own words or visually culling out the critical words.

When someone watches a video, they will perhaps pick up a fact or two, but video as a means of transferring dense information falls short. However, that doesn’t mean it isn’t powerful.

As a TV news reporter, I was often given an assignment on a broad topic but forced to boil it down to fit a 90-second slot on the nightly news. This held true no matter how complex or multifaceted the subject matter was. My favorite approach to this challenge was to take an expansive topic and make it real by focusing on one person who best illustrated the issue at hand.

For example, let’s say I was asked to do a story about the homeless problem in the area. I could have put together a piece laden with graphics, citing statistics and sources. It would be fact-filled and informative . . . and utterly forgettable.

Recognizing these limitations, I would instead choose to profile a single mother living out of her car with her two young children because she couldn’t find affordable housing. She would speak of her journey with raw emotion that was nowhere to be found in the numbers tallied by social service agencies.

This approach made people care. It would prompt viewers to call the station to find out what they could do to help.

While your corporate video isn’t likely to tug at the heartstrings in quite the same way, it’s important to recognize that the power of video lies in the emotions it can stir.

A common mistake made when creating corporate video is trying to convey too much information. This results in either a video that is way too long or a shorter one that is way too dense.

Consider what you are hoping to inspire your viewer to do, and then use your video to inspire them to take that action.

In 2016, online video hosting platform Wistia analyzed how much of a video a viewer would watch relative to the total length of that video. They looked at more than 564,710 videos and more than 1.3 billion plays. What they found was that the shorter the video, the more of it the viewer was willing to consume.

Apparently, the sweet spot for video length is around two minutes, with significant drop off in viewership between two and six minutes.

Erring on the side of brevity, therefore, is a good choice, while a video that is compelling and crafted beautifully is still likely to keep its audience engaged even if it’s a little on the longer side. If your video tends on the longer side, try to frontload it with your key takeaways. That way, even with a drop in viewership after a minute or two, your audience will get the key points you are trying to communicate.

Face Time vs. Other Visuals

Beware the dangers of extending your own face time on camera without weaving in graphics or other visuals. No matter how pleasing to the eye you might be, too much face time might result in your face overstaying its welcome with your audience.

If you are speaking directly to the camera, do not attempt to speak beyond two minutes. TV time is measured in dog years. Even one minute can feel like seven, and our attention spans are shortening. If your audience’s only option is to stare at your mug for any longer than two minutes, you run the risk of them turning you off or tuning you out. That holds true for even the most animated among us.

Plus, think about the focus required to pull off a great performance. The longer you are on camera without a break, the harder it is to sustain the high level of concentration and energy it requires.

If you feel like you have too much to say and one or two minutes is simply not enough time, think of a way to break it up. Instead of recording one long video, create several shorter ones. You will likely give a better presentation during those brief bursts, and your viewer will have more control over how he or she consumes your content.