By Speaker DynamicsMay 1, 2019Blog
No Comments 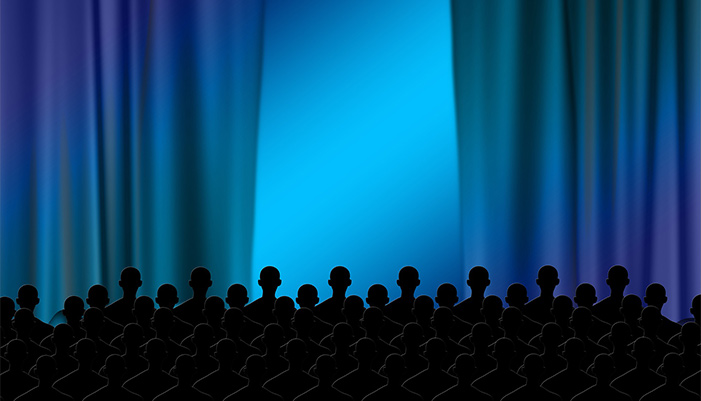 Woe to the person who underestimates the challenges of reading off a teleprompter. After all, how hard can it be? It’s just reading. Teleprompters can give a false sense of security. The words are all there, so the assumption is that you don’t have to think. Just ask Michael Bay.

The Consumer Electronics Show (CES) is one of the biggest conventions held annually in Las Vegas. The event in 2014 was no different. Companies pull out all the stops and bring in major star power to attract attention to their latest offerings.

Samsung was introducing its curved television that year and thought “who better than Michael Bay, director of blockbusters like the Transformers movies, to enthusiastically endorse the ‘revolutionary technology’?” He was booked to appear on the CES stage as a celebrity spokesperson of a sort.

Joe Stinziano, Samsung’s executive vice president, served as emcee and invited Bay to join him in front of the audience of hundreds of journalists and industry insiders. Bay began his performance just fine. He asked how everyone was doing and then said, “My job as a director is I get to dream for a living.”

Stinziano then asked him how he comes up with the larger-than-life ideas in his movies. At this point, Bay starts answering the question while looking at the teleprompter. He then looks away, then back at the prompter, before saying, “The type is all off. I’m sorry, but I’ll just wing this.”

Stinziano tries to keep him on track by lobbing some softball questions at him, to no avail. Then, a moment forever trapped in social media history: Stinziano asks, “The curve . . . how do you think it’s going to impact how people experience your movies?”

Bay responds with a terse, “Excuse me. I’m sorry. I’m sorry” before walking off stage, never to return.

You cannot watch the video without feeling terrible for the guy’s cringe-worthy appearance. Michael Bay is undoubtedly a smart guy, and he has said that he’s gone on stage “a couple hundred times” without incident and spoken intelligently. So what happened?

According to Bay, he had accidentally “jumped a line,” and the prompter operator started scrolling the text up and down in a desperate attempt to find the proper place in the copy.

The director of Transformers was transformed into the butt of late-night jokes.

Michael Bay was interviewed the next day by TMZ Live, a celebrity news web site, and he offered a postmortem of what went wrong. His explanation of what he called “a human moment” provides insightful instruction on how to avoid a full-fledged flame-out when using a teleprompter:

Lesson 1: Know Your Content—Bay told TMZ that he had arrived the night before his performance and gone straight to bed. The show was the following morning. He made no mention of rehearsing but did point out that he was going to be talking about some “very technical jargon.” Although Bay has impressive directing and producing chops, this topic was out of his realm of expertise, which made him less confident in his ability to “wing it.” He said he could see the audience was “serious about its electronic products,” and he was “afraid he was going to embarrass himself more.”

Without a deep base of domain knowledge from which to pull, Bay was vulnerable. When the technical rug was pulled out from under him, he felt like he was left with no choice. He opted for exiting rather than sounding stupid.

Just because the words will presumably be there for you doesn’t mean you don’t need to know what you’re talking about. There’s no guarantee that your script will be there, no matter how many reassurances you are given in advance. Technology is not fail-safe, and human error is real. It is not mandatory for you to memorize your script, but you should be comfortable enough with the content that you can hit the major points if the prompter goes out.

Lesson 2: Know Your Script—In the TMZ interview, Michael Bay laments the fact that “they kept rewriting the script, rewriting the script.” Even if he had practiced in advance, any time spent on smoothing out the delivery would have been for naught if the script he was going to perform was different. It is tempting to want to edit copy over and over again, but there are diminishing returns.

A brilliantly worded script delivered sloppily is worthless. Make sure you give yourself enough time to practice the script you will be performing. If you are not writing it, put your foot down on last-minute edits. Explain that your performance will suffer if you don’t have time to practice, and that won’t be good for anyone.

Lesson 3: Stay in the Moment—The most perplexing aspect of Michael Bay’s bombing was his inability to answer some pretty simple questions: How do you come up with the ideas for your movies? How will the curve change how people experience your movies?

If he were asked those questions today, he surely could come up with answers that are at least coherent. But Bay told his TMZ interviewers that he would not have been able to answer even a basic question about his career. He wouldn’t have heard the question, because there was another booming voice, the one inside his head, saying, “We gotta fix this glitch.” His inner critic had hijacked his performance and rendered him helpless.

As tough as it is when you know you’ve made a mistake, obsessing about what happened in the past only amplifies the problem. If you devote too much of your energy on what has already happened, your subsequent performance suffers. Force yourself to stay in the moment, so you don’t derail the rest of your presentation.

The major takeaway from Michael Bay’s epic fail is this: a teleprompter is not an autopilot for your brain. While it is a useful tool, it still requires mental preparation and focus during the performance. Without those two elements, you run the risk of becoming fodder for a blooper reel.