Congratulations! A Media Outlet Wants to Interview You – Now What?

By Speaker DynamicsAugust 3, 2020Blog
No Comments 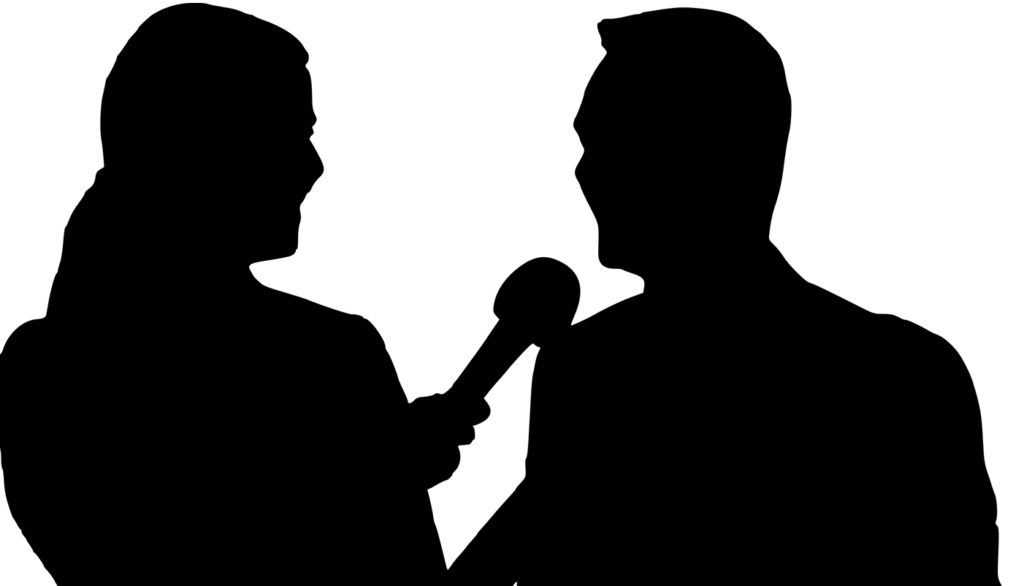 Much of what I write about relates to how to communicate well through a camera—any camera—but particularly as it relates to on-camera performances for people filling corporate roles, acting as subject matter experts on panels, and/or job interviews. There’s a whole other category of interview to consider, of course, the kind of interview you’d take part in if the local news station or the Today Show called: broadcast interviews.

Before you ever concern yourself with broadcast interview best practices, first you must decide if you even want to grant the interview. Before saying “yes,” ask yourself:

These questions are important, not because there’s typically a reason for you to be paranoid, but because prudence is always a good approach. What transpires in front of the camera can leave a lasting impression. You want to get it right.

While some may argue all publicity is good publicity, not all media outlets are created equal. You have to decide whether you or your brand want to be associated with theirs.

The same holds true for the reporter who is making the request for the interview. Someone known for “gotcha journalism” is someone you probably want to avoid. However, if someone who has a reputation for being fair wants to interview you, you may decide to proceed.

Word to the Wise: My Firsthand Experience

When I was a TV reporter, I was not a member of our station’s I-Team (our award- winning investigative arm). They did amazing work, but frankly, I was not cut out for it. The one investigative piece I did early in my career gave me indigestion.

The focus of that story was on a minister who allegedly bilked some of his church members out of millions of dollars. There were other allegations of impropriety as well. After doing hours and hours of interviews with his accusers, following up on leads and combing through a seriously warped paper trail, I thought I was all-in to finally expose this guy.

My videographer and I were staking out his church one day, and I saw the minister arrive. But he was not alone. His wife and teenaged children were with him.

I knew this guy was in all likelihood a very flawed person who had done a lot of damage. My story would bring much of that to light, but I couldn’t help thinking about how the press coverage would impact his children, who probably didn’t know of their dad’s misdeeds.

The station did air the story and it was well received. However, I knew this kind of work was not what I wanted to do.

All I knew for sure was that I did not enjoy digging up dirt, even if it definitely deserved every shovel full.

My distaste for heavy investigative work did not mean I only did fluff stories. I could cover both general assignment and breaking stories with the best of them, but I was not going to be the one who ambush-interviewed someone as he or she was leaving home, even if that person was a convicted slimeball.

Just remember that reporters do not all follow the same moral compass, nor do all media outlets expect their news gatherers to adhere to a high standard of media ethics. In fact, in some cases, “media ethics” is an oxymoron.

If you agree to be interviewed, your first job is to become the interviewer yourself. Find out as much as you can about the story’s focus, angle, and your role in it. If the interview request stems from a particular incident or event, you may already know the focus, and perhaps the wheels of crisis communications management are already in motion. But if that’s not the case, try to learn as much as you can about why you are being interviewed so you can prepare appropriately.

When I conduct interviews, I have a general idea of the topics I want to discuss, but I don’t have questions lined up, ready to be tossed out one after another. I prefer to let the conversation follow a natural course and peel back the layers of the story in real time. If I hear something worth probing, I do. Using this approach, I feel more likely to uncover something that I wouldn’t have if I had stuck to a prescribed path.

You will probably have more luck if you ask for the topics that will be discussed during the interview. The reporter should have no problem doing that, but if he or she does, be wary.

With experience, you’re likely to discover that reporters and media outlets can be your best friends, greatest nemeses, or all things in-between. Thoughtfully considering whether to grant an interview and then taking the time to consider all the angles (and primarily the reporter’s angle) is a critical step toward ensuring that your on-camera interview conveys your message and story as you intend.