Keep the Brain Cramps at Bay

By Speaker DynamicsAugust 30, 2017Blog
No Comments 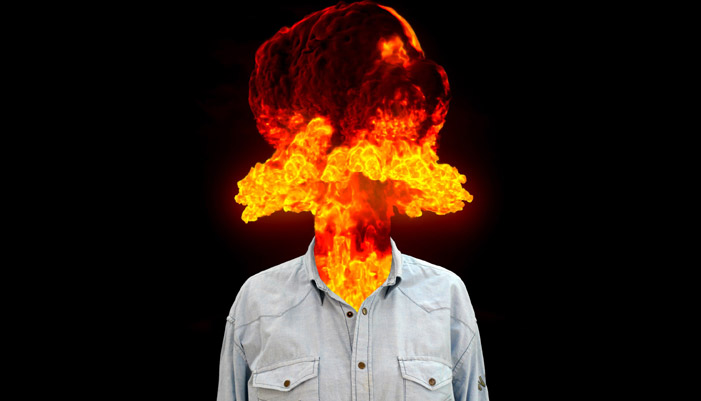 When presenting to a camera, you are surrounded by distractions.

In a studio environment, these distractions are easy to identify: bright lights, unfamiliar technology, crew members moving around. When the camera is located on your phone or laptop, distractions can take the form of interruptions by coworkers, noises outside your office or home—even your barking dog or noisy kids. Even worrying about being distracted can be distracting.

When you’re distracted, it’s very easy to lose your train of thought or experience what I like to call a brain cramp—failing to recall information on camera when you need it most.

Of course, there’s no way to avoid these distractions altogether, but one way to lessen their effect on your presentation is by being master of your content. If you know your subject matter inside and out, you won’t be as easily derailed by the distractions that are part and parcel of being on camera.

However, even being fully in command of your content doesn’t always guarantee success.

One recent example of a brain camp took place during the run-up to the 2012 presidential election. Four-term Texas governor Rick Perry was hoping for a breakout performance during the November 9, 2011 debate for the GOP nomination. What he suffered was a brain cramp of rather epic proportions:

Rick Perry: I will tell you, it is three agencies of government when I get there that are gone. Commerce, Education, and the—what’s the third one there? Let’s see.

(Laughter and gentle ribbing from other candidates, along with suggestions that the third one would be the EPA.)

Perry: EPA, there you go.

Moderator: Seriously, is the EPA the one you were talking about?

Perry: No, sir, no, sir. We were talking about the agencies of government—the EPA needs to be rebuilt. There’s no doubt about that.

Perry: The third agency of government I would—I would do away with, Education, the …

Rick Perry’s poll numbers dropped rather dramatically after this gaffe, and he dropped out of the race in January 2012.

What was most surprising about this brain cramp was the content was not new to Rick Perry. It was a standard part of his stump speech. His team (and the candidate himself) probably never conceived of a time when those three agencies wouldn’t immediately come to his mind and flow from his tongue. The fact that they did not leads me to the following tip.

Do not set audience expectations that you might not be able to fulfill.

How could Rick Perry have saved himself from embarrassment? He could have said, “There are several agencies of government that will be gone” rather than specifically saying “three.” He might have listed two and then have been pressed for more, but he would have had a better chance at recovery.

Brain cramps love numbers, they love names, and they love specificity. Protect yourself by keeping audience expectations vague . . . and the brain cramps at bay.